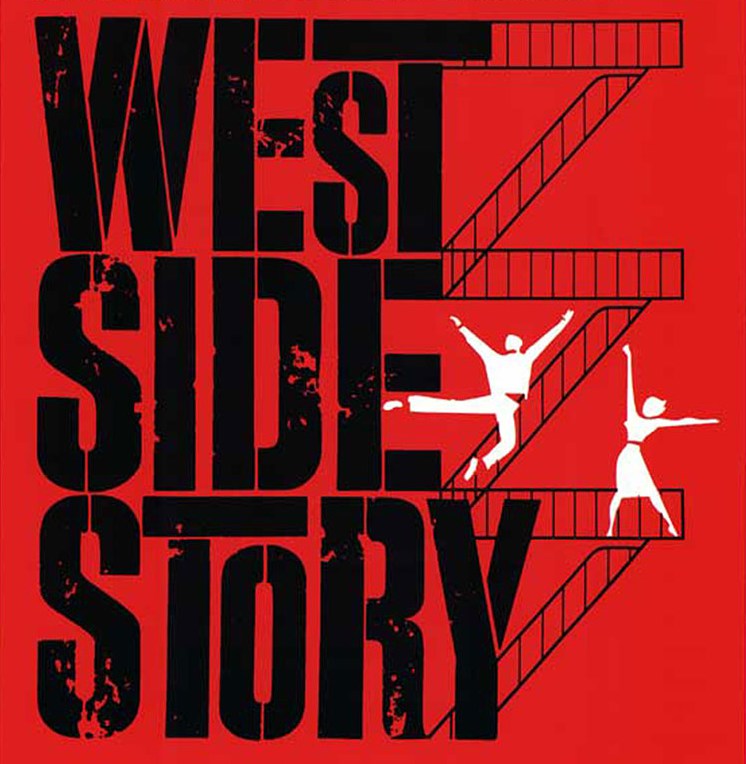 West Side Story is a musical with a book by Arthur Laurents, music by Leonard Bernstein, and lyrics by Stephen Sondheim. The musical’s plot is based on William Shakespeare‘s Romeo and Juliet. Set in New York in the mid-1950s, the musical explores the rivalry between two teenage gangs of different ethnic and cultural backgrounds. The young protagonist, Tony, who belongs to the Anglo gang (Jets), falls in love with Maria, the sister of the rival Puerto Rican gang’s (Sharks) leader. The dark theme, sophisticated music, extended dance scenes, and focus on social problems marked a turning point in American musical theatre. Bernstein’s score for the musical has become extremely popular; it includes “Something’s Coming,” “Maria,” “America,” “Somewhere,” “Tonight,” “Jet Song,” “I Feel Pretty,” “One Hand, One Heart,” and “Cool.”

The original 1957 Broadway production, directed and choreographed by Jerome Robbins and produced by Robert E. Griffith and Harold Prince, marked Stephen Sondheim‘s Broadway debut. It ran for 732 performances (a successful run for the time), before going on tour. The production garnered a Tony Award nomination for Best Musical in 1957, but the award went to Meredith Willson‘s The Music Man. It won a Tony Award in 1957 for Robbins’ choreography. The show had an even longer-running London production, a number of revivals and international success, and spawned an innovative, award-winning 1961 musical film of the same name. West Side Story is produced frequently by schools, regional theaters, and occasionally by opera companies.